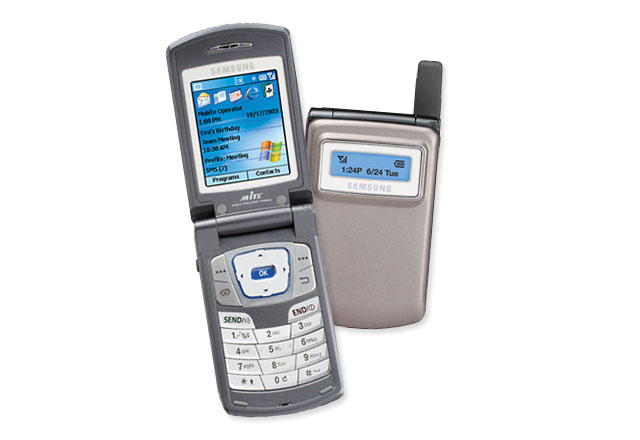 Last year one of the goals that I ignored was to create one Android application. Android is an operating system for mobile devices like phones and tablets. This year I want to try again. I have no idea what the app will be but I just want to do something basic to get back into coding. It will hopefully stretch me some and lead to other apps and projects.

I have been using Android since I bought the Motorola Droid on the day it was released October 17, 2009. If the iPhone was available on Verizon originally instead of AT&T this story may have been different. I have been using “smartphones” since around 2004 I think. I have been doing some research on all the cell phones I have purchased over the years dating back to around 2002. The first cell phone I used was senior year of college that Kyli bought for me. I can’t find the model number but it was just a basic flip phone. I had a palm pilot around that time and saw the value of email, calendar, etc on the go. The funny thing was there was no internet on that device so what could I have done with it? Ha! When it came time to upgrade cell phones I decided it was time to stop carrying a palm pilot and a cell phone. So I purchased my first smartphone the Samsung SCH-i600 which ran windows mobile. This phone was expensive but it did have data.

I have had more smart phones than dumb phones. All but 1 of my phones had internet. I have always been an early adopter of technology and I have paid the price for it. Here is a summary of the phones I have owned.

First Cell Phone – unknown model but it was just a basic flip phone that had a small external screen and keypad/larger screen when opened. I can still picture it but after searching extensively I haven’t run across it yet.

Well that was a fun tangent. I will work on a post just about my Galaxy Nexus with details about the software and configuration. All that to say I like Android and need to work on an app. Have any ideas? Let me know.

P.S. I was glad to see one of the biggest Apple fanboys has become a Google employee as of tomorrow. 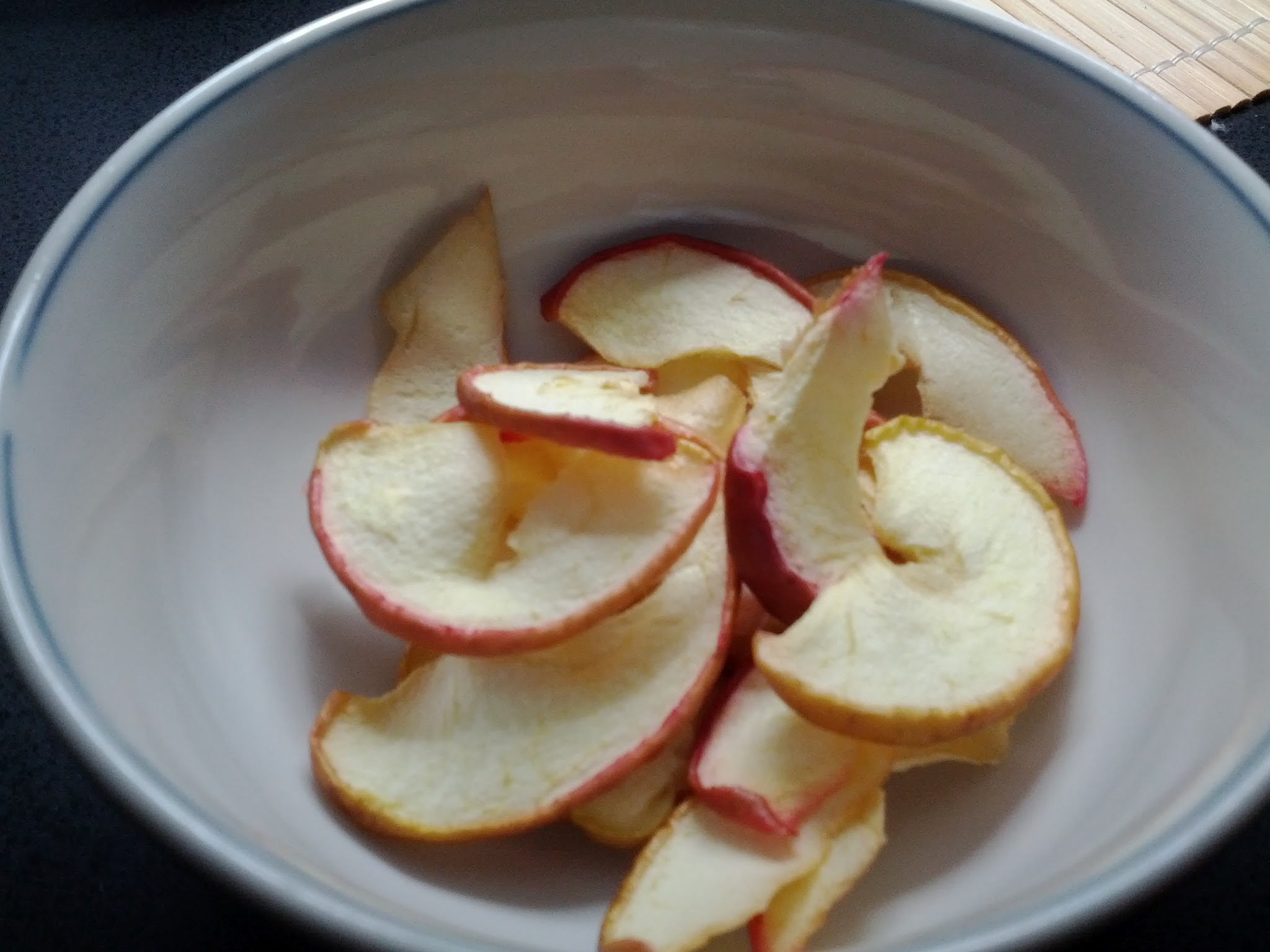 Over the last three years I have focused a great deal of effort on learning about money. I cleaned up all my debt except for my house (which I refinanced to a 15 year fixed) and started giving, saving and investing. This has been a monumental shift for me and will hopefully return great dividends in the future. I read a few books on the subject but Dave Ramsey spiked my interest initially.

This year I want to do the same except with nutrition. Since freshman year of college I have been gaining weight (sometimes on purpose but most of the time not). To compensate for this weight gain I was running on and off. I would gain some weight over months or years and then run everyday until I was back down to a “normal” weight. Over the course of one year (2006 I think) I lost 45 lbs running 12-15 miles a week and eating differently. I always thought that I would just eat whatever and run when I needed to lose some pounds.

This past summer/fall I was running again and really got tired of it. I replaced my running time (6am – 7am) with reading and don’t want to give up my morning reading time. I started thinking about what if I was just more careful with what I ate. Would I be able to eat healthier and not feel like I had to run every morning? Could I exercise less and enjoy it more? Could I enjoy less sugar and more whole foods?

I don’t know the answer but I am asking the questions. I have changed my diet around in January to include a lot more fruits and vegetables than before. Over the 2.5 months I have lost more weight than I expected and I am anxious to see what happens after twelve months. If you know of a great book on nutrition please let me know. 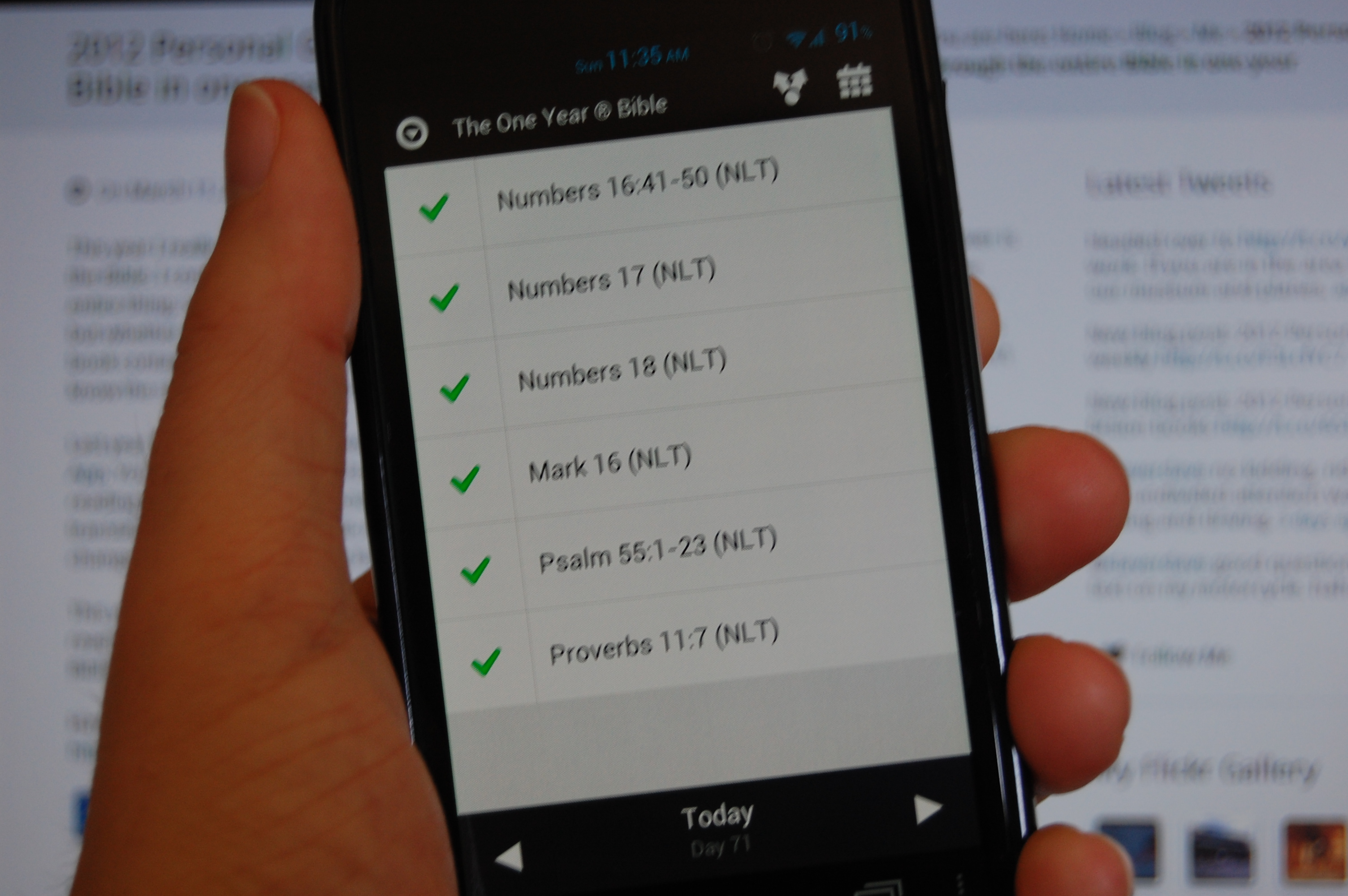 2012 Personal Goals – Read through the entire Bible in one year

This year I really want to spend more time reading books. One book I have never read cover to cover is the Bible. I confess to believe the Bible as the basis for my faith and this year I am going to read the entire thing. Some people probably think I am weird for wanting to read this old book about religion but whether you believe it or not you can’t argue with some of the wonderful stories and wisdom this book contains. If you don’t believe me check out one of my favorites… the story of Joseph. If you don’t know the story you can read it starting in Genesis 37.

Last year I read through the New Testament thanks to some help from LifeChurch.tv‘s YouVersion Bible App. All you need to do is download the app, choose a reading plan, and start reading. Each day you open up your reading plan there is a new section to read and complete. You can read it on your phone and some translations come with an audio Bible that you can listen to. The Bible app has helped completely change my outlook on reading the Bible.

This year I chose the One Year Bible reading plan and have only missed 2 days so far. I find that I can read best first thing in the morning and so I try and leave myself an hour each morning to read the Bible and to read from whatever other book I am working on.

Have you read the Bible cover to cover? If not join me.
http://www.youversion.com/reading-plans/the-one-year-bible

Last year one of my goals was to write and record a full length album. Unfortunately I did not even attempt it and looking back it was probably a little too ambitious. The idea was to keep me active playing guitar and to document some ideas that I have. I was going to release it for free on my website for anyone to download and enjoy. Most (if not all) of the songs would be instrumental and mostly electronic. That way I could complete everything myself via a laptop and the few instruments I have at home. I thought it would be fun to work on some mellow instrumental music like The Social Network soundtrack (listening to it as I write this). I enjoy listening to music but I prefer instrumental when I am working or writing. I haven’t discovered much that I like so I thought I should write my own. While it would be mostly electronic I do have a few guitars that I could write some great riffs on. I hope to get back to this goal soon but for this year the idea is to just play guitar regularly.

Most of the practicing I do when I am alone is just letting my fingers go which usually results in writing. Yesterday I played for about 15 minutes and had a cool riff and some chords figured out. I downloaded a guitar tuner and multi-track recorder to my phone, tuned up and then hit record. It is amazing that when I started playing guitar in 8th grade that you had to go to a studio to get good analog recordings. Now the standard is digital and all done via computers. For my first time trying to record on my phone it went okay. It will be nice when I do practice to not have to setup mics, stands, and a laptop to just capture a few quick ideas.

One instrumental songs that I did write about four years ago was used on The Last Epic album in a shortened version called Coming Soon (Intro). While I was writing this post, I went back into the archives and found the unreleased extended version and a handful of other songs that I wrote at the time. A few were very rough cuts of what would turn into The Last Epic songs, a few that were covers, and a few unreleased originals. After going back and finding these I realize how much I have missed writing and recording even if it just is in Garageband or Audacity. For me it has always been about being creative and doing more with less. It only takes some time and a few instruments to create some beautiful music.

Here is a copy you can download. Just right click and select “save as”.
Jeremy Yerse – The Last Epic Intro (unreleased extended version)

You can listen to the album version here.

If you want to hear some more unreleased stuff let me know and I will find some more. I think I have some Fit The Mold tracks as well. 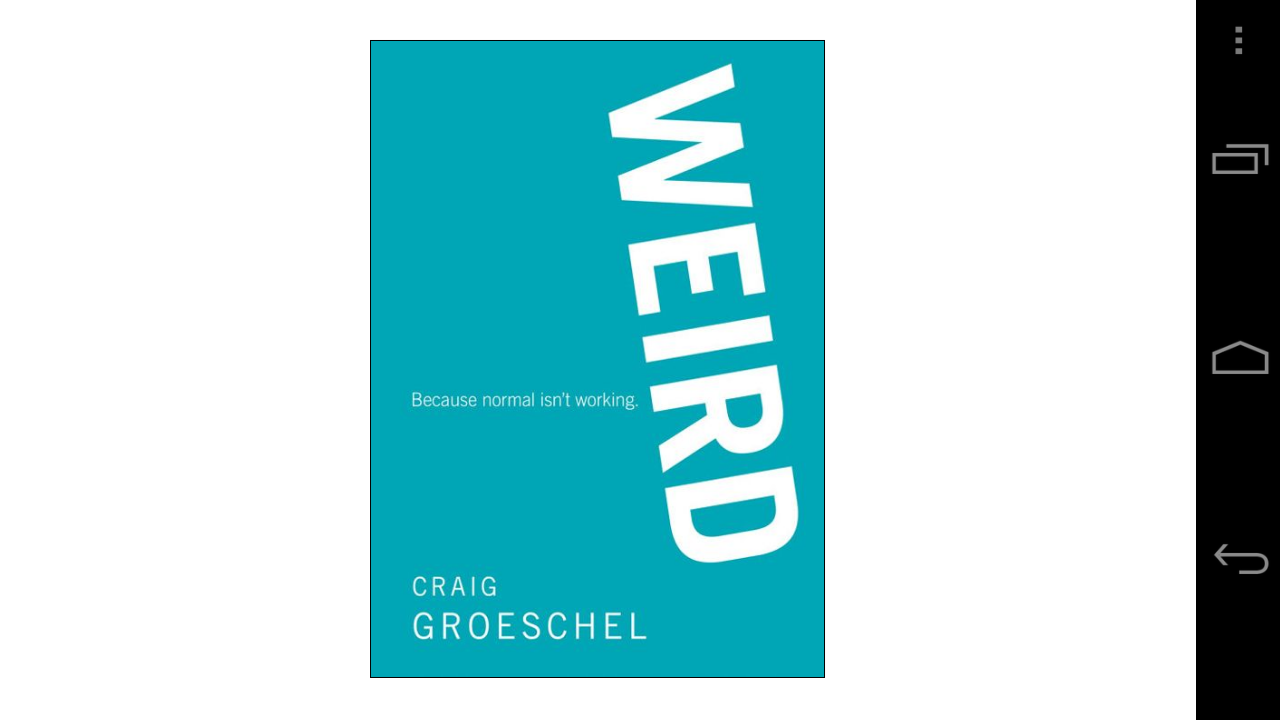 Last year was the first year that I actually enjoyed reading. I did little reading after college because frankly I didn’t see the value in it. Well that changed last year for some reason. In 2011 I read one book per month and loved it so much that I doubled my quota for this year.

Here are the books I read in 2011.
Quitter by Jon Acuff
The Autobiography of Benjamin Franklin
Guerrilla Marketing by Jay Conrad Levinson
Accounting Game by Judith Orloff
Starving Jesus by Craig Gross and J. R. Mahon
Poke The Box by Seth Godin
Zero Day by Mark Russinovich
The 7 Habits of Highly Effective People by Stephen R. Covey
The Christian Atheist by Craig Groeschel
Entreleadership by Dave Ramsey
Man – The Dwelling Place of God by A.W. Tozer
Weird by Craig Groeschel

Last year I cheated a bit and read 11 non-fiction and 1 fiction book. Can you identify it?

This year the goal is 24 books and even though I didn’t get off to a strong start I did complete four books over the last five weeks. I have a long list of books waiting for me to read but a few that I really want to complete this year…

What are you reading this year?

I just recently sat down to work on my personal goals for this year. I am not sure why it took me so long but I already knew what some of them were going to be and have been working towards them. As of last year I started setting some fairly challenging goals at the beginning of the year so that I have a plan, work on a few things I normally wouldn’t, and to help prioritize some activities. I wanted to share a few as a way to help give myself a little bit more determination this year. I was going to talk about each goal in this post but because of the length I am going to break it up into a few posts and release them over the next week or two.

Here are the goals for this year that I will be discussing in depth.
– Read through the entire Bible in one year
– Read 24 non-fiction books on varying topics
– Create one Android application
– Play guitar weekly
– Rethink food and exercise

Check back soon to read more about each. 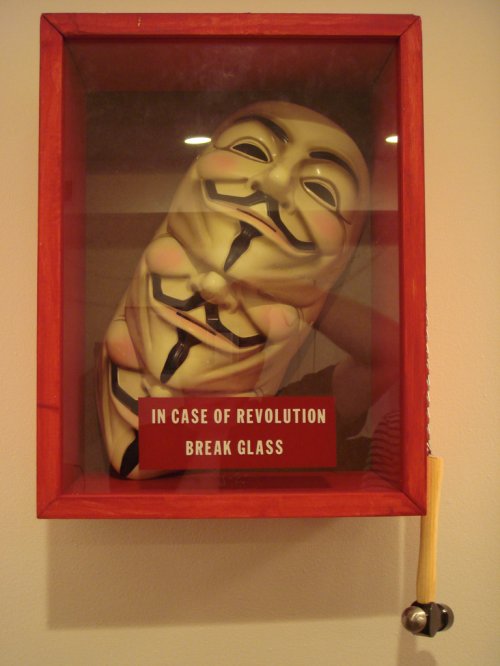 In Case of Revolution Break Glass 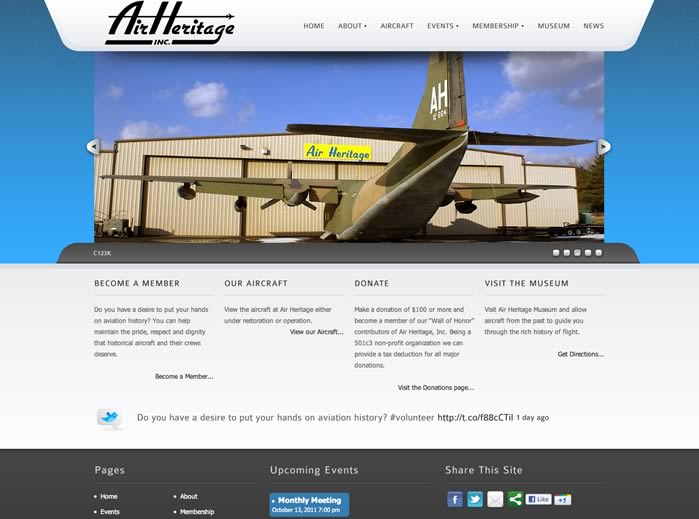 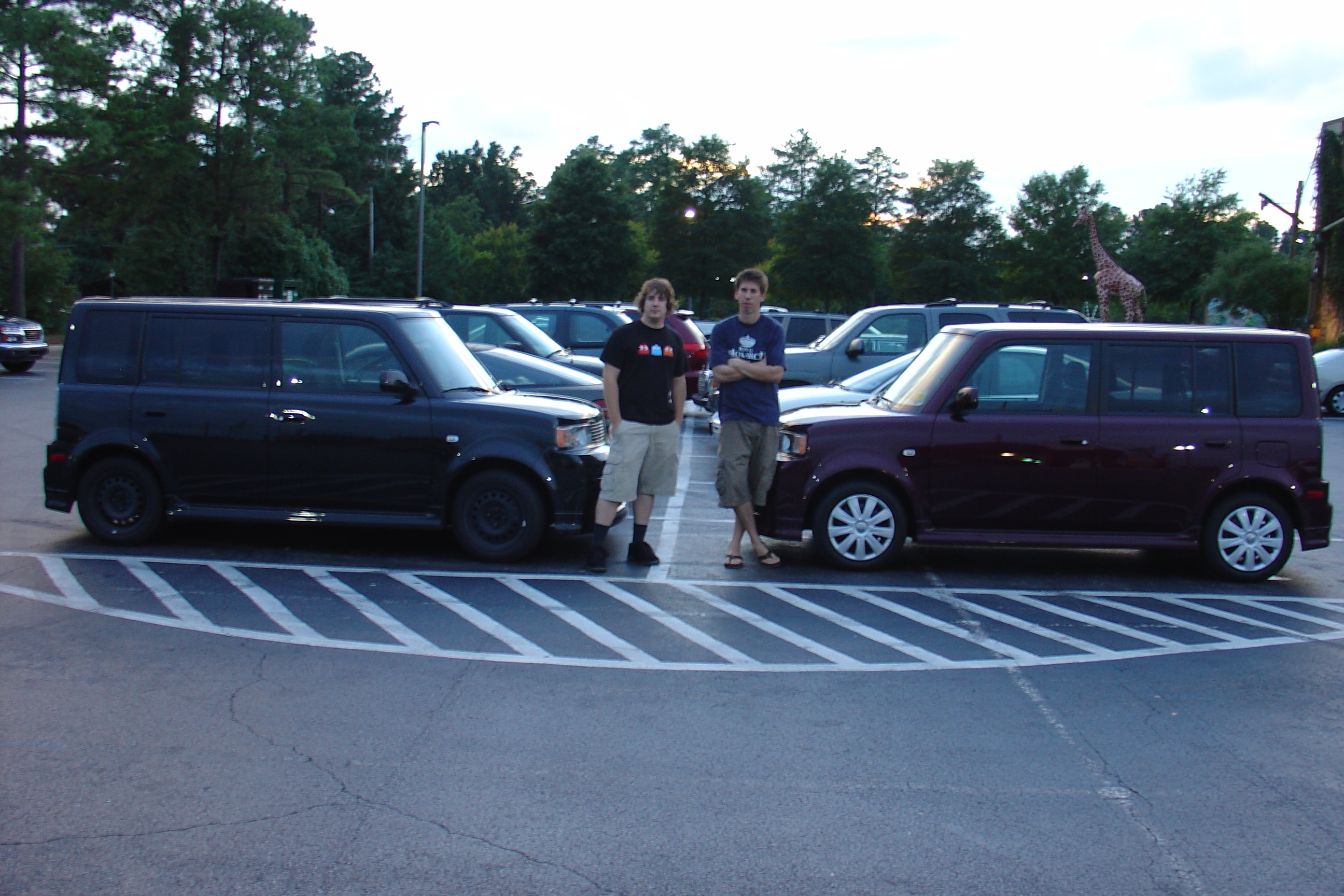